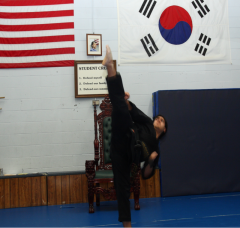 Master Barrientez is very proud of his 8 years of experienced gained by working in the Early Childhood and Special Education departments in Prince Georges County Public School System. He aided students ranging from the ages of 2 to 16 years of age. He aided in Autism class rooms and worked one on one with children diagnoses with disabilities ranging from Emotional Disorders, ADHD, and Muscular Dystrophy Syndrome (MS) to Down syndrome. Along with the hands on training being in the class room, the public school system held numerous day seminars and clinics to educate staff throughout the year on effective behavior strategies. Many of those strategies learned are effective in the Martial Arts classroom, improving student’s grades, self discipline and self confidence.

Master Barrientez has received many awards and recognitions throughout his career but the ones he is most proud of are his induction to the Wold Mudo Federation Hall of Fame as “Man of the Year” in 2005 and “Instructor of the Year” in 2006. A Governor’s Citation was presented by the President of the Maryland Senate, Mike Miller. The Governor’s Citation was awarded to Master Barrientez on December 5, 2008. This special tribute was to honor him for his life’s work of inspiring and producing a positive change in the lives of children and adults though martial arts in the community of Clinton, and the state of Maryland. His most recent awards were given by NBC 4’s Barbara Harrison for appearing on Wednesday’s Child in February 2012. Master Barrientez also recieved Top Martial Arts School & Most Inspiring Instructor from the Educational Funding Company in November 2011.﻿﻿ 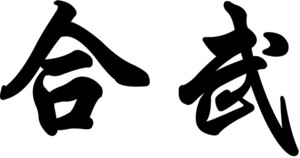